Images of God in Teilhard and Merton 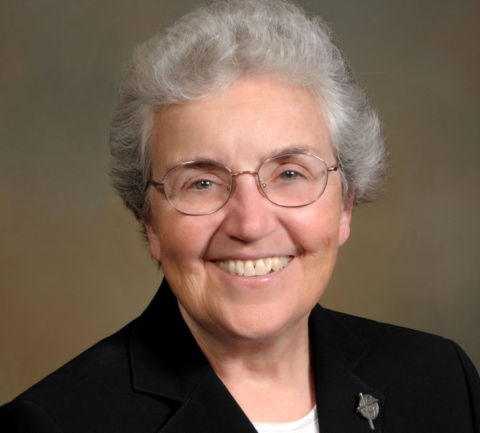 Today when so much of the evolutionary process is being explained from a materialist view, one of the most challenging questions for believers is how to envision the role of the Divine in the ongoing creation. Contemporary mystics have described powerful images that address this dilemma. Pierre Teilhard de Chardin speaks eloquently of the Cosmic Christ hinted at in Paul’s epistle to the Ephesians (1:9-10 and 4:9-10); Thomas Merton sings the praises of Divine Wisdom in his poem, “Hagai Sophia.” Others see the Divine as Fountain Fullness and the World as Christ’s body or as a revelation of the Divine.

During this retreat, we will engage in a process of Lectio Divina. Through reading, reflection, and sharing we will explore these images, consider their relevance as we address the concerns of today’s world and contemplate the presence of Divine Love at the heart of our expanding cosmos. Guided by Sr. Kathleen Duffy, SSJ.

This will be a silent retreat. Check-in begins at 3pm and the retreat will begin after dinner.

Kathleen Duffy, SSJ, PhD is Professor Emerita of Physics and Director of the Institute for Religion and Science at Chestnut Hill College. She is President of the American Teilhard Association, Editor of Teilhard Studies, and has published Teilhard’s Mysticism: Seeing the Inner Face of Evolution, Teilhard’s Struggle: Embracing the Work of Evolution, Rediscovering Teilhard’s Fire. Kathleen also guides evening, weekend, and weeklong retreats on topics related to Teilhard’s life and work.

If you would like to register a group to attend this retreat, please call our Welcome Center at 410-442-3120 or email Jennifer Murphy, Manager of Marketing & Events, at .

What's New...
Click here to see the latest retreats/events added to our site.
You May Also Enjoy...
View our registration & cancellation policies