Fr. Michael concludes his series on Pope Francis today with great insight into this culture of care. Maybe there is one suggestion of providence that you can apply from this message. As we watch the season change and reflect on this time of thanksgiving, let us care for creation in a special, meaningful way. 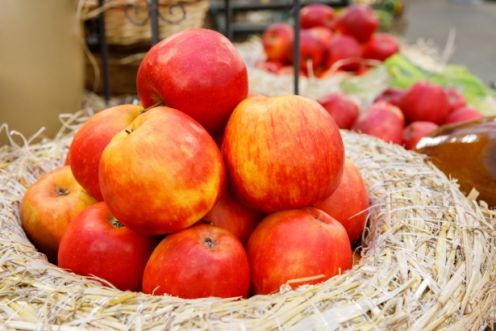 Being provident means that we live and act with all other human beings in mind and with the future in mind. Francis calls us to live more according to need than want, and in that way, avoid waste. He asserts that “Approximately a third of all food produced is discarded” – wasted, thrown away. A study by our own Food and Drug Administration says that the same percentage is true in our country. This is a stinging fact in the face of other data that tells us that approximately 800 million people, 10% of the world’s population suffer from malnutrition.

All of this can seem big and beyond us, but each of us can do something.

Turning off unneeded lamps and lights to conserve energy, buying only the kind and amount of food that we know we are going to eat, recycling whatever we can (like glass, plastics, and paper), and even trying to buy cars with lower carbon emissions – actions like these have effects.

So, by being prayerful (the simple grace before meals), we stay alert to our calling to care for one another and for our common home.

And by being provident, we actually do something to fulfill this calling.

The following words of Pope Francis provide further foundation for this: “We need to strengthen the conviction that we are one single human family. There are no frontiers or barriers, political or social, behind which we can hide, still less is there room for the globalization of indifference.”

I conclude this series by repeating what I have said at the end of each of the prior four columns: I find great inspiration and motivation for ministry in Francis’ vision.