Tomorrow, we celebrate the birthday of the great Martin Luther King, Jr. He would have been 92 tomorrow. Surely, Dr. King would be disheartened by the racial injustice that we’ve seen throughout the last year. Sadly, many of these sentiments from over sixty years ago still ring true today. How can we make a change and honor his great legacy? His wife, Corretta Scott King has offered this advice: “The greatest birthday gift my husband could receive is if people of all racial and ethnic backgrounds celebrated the holiday by performing individual acts of kindness through service to others.” Let’s take a few moments to read some of these poignant quotes from Martin Luther King, Jr. below. How can you make a difference today? This Year? 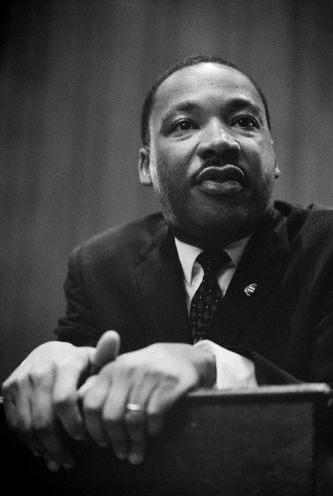 “As long as there is poverty in the world I can never be rich, even if I have a billion dollars. As long as diseases are rampant and millions of people in this world cannot expect to live more than twenty-eight or thirty years, I can never be totally healthy even if I just got a good checkup at Mayo Clinic. I can never be what I ought to be until you are what you ought to be. This is the way our world is made. No individual or nation can stand out boasting of being independent. We are interdependent.”

“I have the audacity to believe that peoples everywhere can have three meals a day for their bodies, education and culture for their minds, and dignity, equality, and freedom for their spirits. I believe that what self-centered men have torn down, other-centered men can build up.”

“Freedom has always been an expensive thing. History is fit testimony to the fact that freedom is rarely gained without sacrifice and self-denial.”

“Violence as a way of achieving racial justice is both impractical and immoral. It is impractical because it is a descending spiral ending in destruction for all. The old law of an eye for an eye leaves everybody blind. It is immoral because it seeks to humiliate the opponent rather than win his understanding; it seeks to annihilate rather than to convert. Violence is immoral because it thrives on hatred rather than love. It destroys community and makes brotherhood impossible. It leaves society in monologue rather than dialogue. Violence ends by defeating itself. It creates bitterness in the survivors and brutality in the destroyers.”

“I have a dream that my four little children will one day live in a nation where they will not be judged by the color of their skin but by the content of their character.”

“I have a dream that one day this nation will rise up and live out the true meaning of its creed — we hold these truths to be self-evident: that all men are created equal.”