Today’s reflection comes from Sr. Ji Choi, novice with the Sisters of Bon Secours. Sr. Ji is presenting a variety of retreats at the Center and her next retreat will be held on Friday, May 7. The retreat will focus around the Easter theme, “On the Road to Emmaus”. You can learn more about the retreat by clicking here. Let’s take a few quiet moments to read Sr. Ji’s thoughts about recognizing Jesus’ presence in our lives today.

How well do we recognize Jesus alive in our daily lives?

In Hebrew tradition, any big feast is celebrated for eight days. The Catholic Church in tradition has dedicated the first eight days of the Easter season as a special feast called Octave of Easter. From the Gospels of the Octave weekdays of Easter we read about those to whom Jesus reveals himself, but didn’t recognize him. He approached Mary Magdalene who stayed outside the tomb and was weeping, but “she thought it was the gardener” (Jn 20:15) until he called her name.

Jesus also appeared to the seven disciples, “Simon Peter, Thomas called Didymus, Nathanael from Cana in Galilee, Zebedee’s sons, and two others of his disciples” (Jn 21:2) at the Sea of Tiberias, while they were fishing, “but the disciples did not realize that it was Jesus” (Jn 21:4) until they cast their net over the right side of the boat as told by him and caught one hundred fifty three large fish. 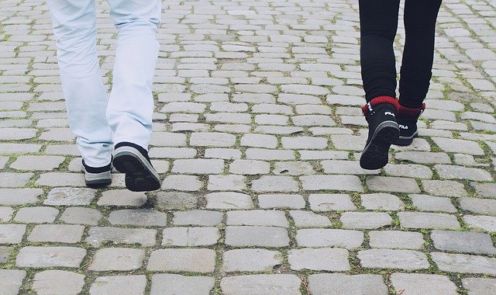 Another example takes place with the disciples who were on the road to Emmaus. Jesus drew near and conversed with them, “but their eyes were prevented from recognizing him” (Lk 24:16) until the breaking of the bread. He disappeared from their sight at the moment of recognition. Then later he appeared again “in their midst and said to them, ‘Peace be with you.’ “But they were startled and terrified and thought that they were seeing a ghost. Then he said to them, ‘Why are you troubled? And why do questions arise in your hearts?’” (Lk 24:37)

Don’t the disciples on the road to Emmaus seem to be so foolish when they don’t recognize Jesus on two different occasions? However, it tells us about the weakness of human nature. We often forget that Jesus is walking along with us in our daily lives, especially when we go through adversities and feel no support. We seem to have our own obstacles that prevent us from realizing the presence of Jesus, just like Mary Magdalene and the disciples. We often become one of them. What would our obstacles be? Being aware of our own obstacles may be an essential step of realizing the presence of Jesus.

So he asks us, “Why are you troubled? And why do questions arise in your hearts?”

Take our blindness away and melt down our hardness.

Help us open our eyes, ears, and heart

so that we are in unity with your presence in every moment of our daily lives.

In the name of the risen Lord.