Today’s blog features a homily given by Fr. Michael Schleupner a few weeks ago, but it’s a timeless lesson for us all about having an open mindset and being inclusive. Let’s open our hearts as we read about a lesson from the Gospels and how it ties into our modern world today. 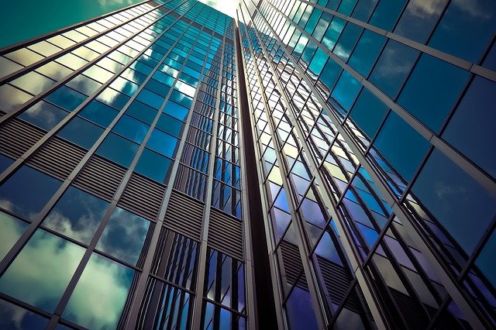 One day several years ago, I was leaving Johns Hopkins Hospital after visiting a person who had major cardiac surgery. Something at Hopkins really caught my attention. I was leaving the Sheikh Zarad building. This building is for patients who are in critical care, including heart surgery. It is named after Sheikh Zarad who was the major donor. He is a Muslim and is from the United Arab Emirates. What caught my eye is that the ground floor hallway connects the Sheikh Zarad building to the Weinberg building. This building is a cancer center, and the major donors are Harry and Jeannette Weinberg. They were a Jewish couple from Baltimore. And then, not far from these buildings is the Anne Pinkard School of Nursing. Anne Pinkard was a Catholic, a member of the Shrine of the Sacred Heart Parish in Baltimore. She and her husband Walt – an Episcopalian – were major donors to this building. Well, today’s gospel triggers my memory of these buildings at Hopkins.

“Whoever is not against us is for us.”

The apostles are upset because someone, who is not part of their group, is helping others and invoking the name of Jesus. So, the apostles try to stop this man for just one reason. He is not part of their group. But Jesus says: “Let him alone. Whoever is not against us is for us.” Jesus’ point is that he wants us to recognize good by whomever it is done. He doesn’t want us to be exclusivist and think that only those who are part of our group are good and can do good. He doesn’t want us to think that only Christians or only Catholics or only those who agree with us on everything can do good. He wants us, as I said, to accept good by whomever it is done.

Jesus is calling us to embrace this open mindset. And if we do, there will be good results.

The Effects in General

This is why I am remembering those buildings at Hopkins. Muslims, Jews, Catholics, other Christians, and probably persons of other faiths or of no faith tradition are all cooperating in the mission of Johns Hopkins Hospital. The results are excellent.

The Effects for Our Church

Jesus’ words today – “Whoever is not against us is for us” – are good guidance for us and our Church. We as a Catholic Church and any religious group can easily slide into the exclusivist attitude of the apostles. In the name of God and of what we believe to be true, we can fail to see the good in those who are not part of our group – our Church.

Sometimes we have done this because of disagreements – maybe on issues of faith or morality. Jesus tells us not to slide into this exclusivist mindset. In fact, that is the point he is hammering home in the last part of this gospel passage. Jesus is using some exaggeration here – ideas like cutting off our hand or foot or plucking out our eye if they are a source of sin. We are not to take these words literally. Instead, Jesus is really trying to get us to redirect a mindset that cuts off others who are different and not part of our group.

Be open to the good that all others do and be inclusive of them. That will prevent differences from becoming divisions and melt some of the divisions that we have allowed differences to create.